Showing posts from March, 2011
Show All

A flying ship in UDK 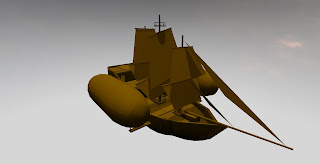 So doing some tests with a ship model I made. When I'm done modelling it I'm going to smash it up :) at the moment though it's in UDK, you can walk around it, it has 5 floors and 2 crows nests, still needs a lot of modelling work. It also rocks about in the wind. Been trying to put rain battering the ship in but hasn't been very successful. It also needs textures doing. Just added this texture for now to stop the normal's going invisible on me. If you want a clue to where the smahed up version will end up look at the right hand side of the picture in my last post ;)  Update! added this lil pic, you can see an earlier version of the ship on the right.
Post a Comment
Read more 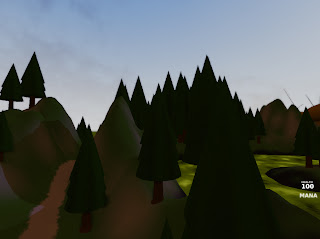 I should be doing my Dissertation, but this is more interesting. Trees are interesting, right?
Post a Comment
Read more 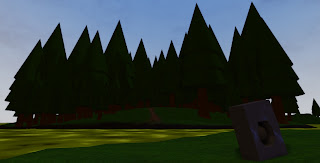 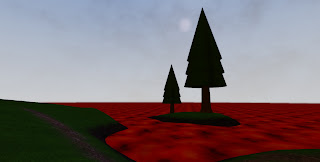 A screenshot from a little side project I'm messing aound with at the moment. Models & textures are placeholders. But I do like the super simple style.
Post a Comment
Read more

My day at Blitz games

First post in a while! Been crazy busy recently, but with loads of interesting stuff!! So on March 10th 2011 I got the opportunity to visit blitz games in Leamington spa!! I thought I would do a write up of what it was like to give anyone else thinking of applying an idea of what to expect. (If you're thinking of going already, do it! it's well worth it!) I arrived in Leamington spa on the 9th and stayed overnight in Buckland Lodge , the hotel it self was a bit dated but overall it was ok. Run by a guy called John who seemed nice and it was cheaper than the travel lodge! Also got breakfast in the morning, always good :) Next day I was up at 7:30 got breakfast had a bath (no shower in my room! gutted!) and got up to Blitz just before 9. At which point I waited for Rhys (One of the programmers we worked with in the 2nd year, also from Newport uni). But Rhys managed to get himself lost so I just went inside and I was cold. Once I was inside we got directed through to a
Post a Comment
Read more
More posts